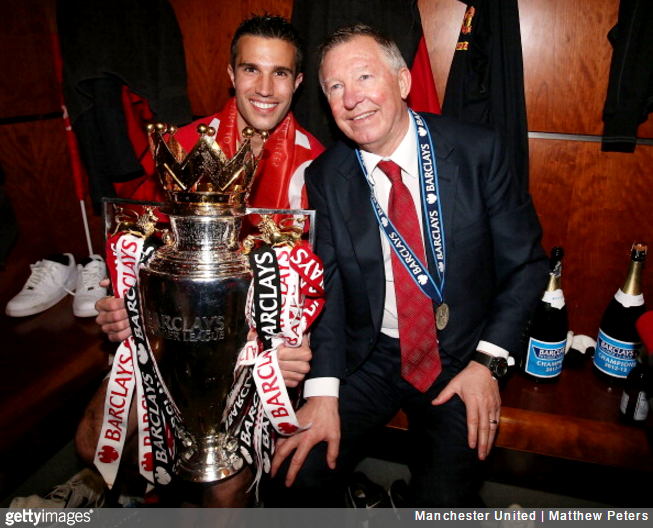 This might prove to be difficult reading for some Arsenal fans of a sensitive disposition.

According to the man himself, there could well be a parallel universe in which Robin van Persie is still lining up for Manchester United, rather than against them.

With his Fenerbahce side in town for the Europa League tonight, Van Persie is returning to Old Trafford to face his former club for the first time since he left for Turkey in the summer of 2015.

However, the 33-year-old Dutch striker has wistfully preluded the game by revealing that there is every chance he may still have been a United player at this point had Sir Alex Ferguson not retired when he did.

When I signed that was the idea, that Alex would stay on for a few more years, but in football things change, you can’t plan your own path or your coach’s path.

In this world you have to deal with how it comes.

Indeed, having led United to their 20th league title, Ferguson called it quits at the conclusion of the 2012/13 season – Van Persie’s first at the club, during which he scored 26 league goals and won their Player of the Year award.

He then plateaued under David Moyes before falling out of favour entirely under compatriot Louis van Gaal, who eventually flogged him to Fener on the cheap under something of a cloud.

What happened, happened. I don’t think you have to make it bigger than it is.

You shake hands and move on to the next chapter. I’m not that romantically, thinking ‘that was the moment…’

I will just do my lap, go in and prepare for tomorrow.

Quite so. The wheel in the sky keeps on turning.