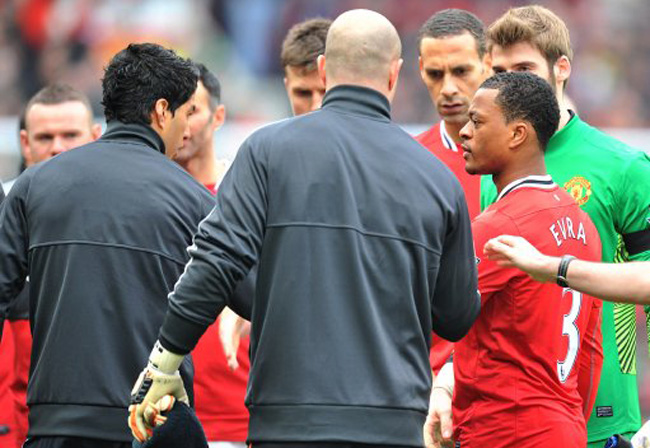 Patrice Evra has sought to bury the hatchet with old foe Luis Suarez by congratulating the Barcelona striker on winning the Golden Shoe award by branding him “the best No.9” in the world.

Suarez was bestowed with the MARCA-sponsored award for scoring more goals than anyone else in Europe over the course of the 2015/16 season.

Despite the weighty, racially-aggravated animosity between the pair during their Premier League days, Evra still took the time to herald the achievements of his one-time nemesis…

Sharing a photo of the former Liverpool striker picking up his trinket, Evra added the caption: “Luis – you’re a great player, the best No 9. Congratulations. I love this game.”

Nicely done. If these two can bury the hatchet then there might just be hope for us all as a species.