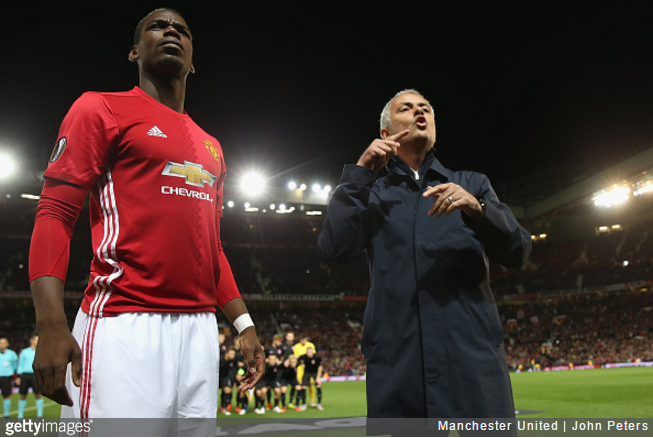 With Paul Pogba still looking slightly unsure what he’s been brought back to Manchester United to do, Jose Mourinho has added to the general air of confusion by declaring that he thinks his £89million man would make a “phenomenal” central defender.

He’s a top player and I think he could be a phenomenal central defender.

With the quality of his pass, with his aerial game, with his agility in such a big body, for his defensive side of the game, coming from the back with the ball, he would be a phenomenal central defender, too.

He’s probably just speaking hypothetically, but with Eric Bailly out injured for the next two months, you can’t help but wonder…

Of course, despite the inevitable hyperbole suggesting otherwise, Pogba hasn’t been dreadful by any stretch of the imagination.

Indeed, the 23-year-old French international has shone in sporadic fits and starts since his prodigal return.

Regardless, he’s largely failed to deliver the kind of instant gratification demanded by all and sundry these days, thus leading many to scoff at the astronomical fee United paid to re-acquire his services. For £89million you’d expect the finished article yadda yadda yadda.

However, Mourinho believes that it’s only a matter of time before Pogba’s versatility will start paying proper dividends:

The problem is, in my opinion, somebody that comes from a different style of football and needs this time to be at his best level in football that is really difficult to play, especially for midfield players.

“I think it is really difficult to play or adapt from different realities, but he is a phenomenal player. He has unbelievable potential.

He has years and years to develop his game, so that expectation and investment from the club is based on that – a super player for the next seven or eight years.

Just let him feel his way back in. He’s obviously an incredibly talented footballer. He’ll be fine.

That said, here’s hoping it all clicks into place sooner rather than later, if only to spare us all the weeks/months/years of interminable mithering.