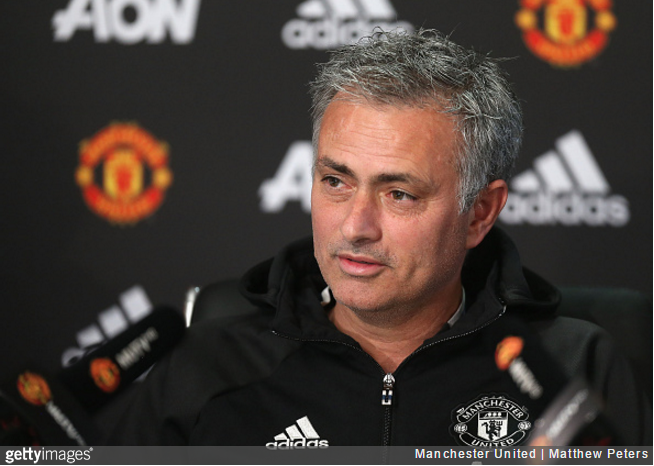 With Manchester United set to host Arsenal in the Premier League’s lunchtime kick-off tomorrow, Jose Mourinho has once again taken the opportunity to trot out his big game spiel.

This time, Mourinho has grumbled about the English press not affording him the same respect as they do Arsene Wenger despite the last title he won being ’18 months ago, not 18 years.’

Harping on like the joyless middle-aged curmudgeon he’s become, Mourinho used his Friday press conference to gripe thus (stop us if you’ve heard this one before):

Mr Wenger has respect, I don’t think I get respect.

Tomorrow is the match between the two managers with the best records in the Premier League. Sir Alex Ferguson isn’t there any more and tomorrow I think we are speaking about six or seven Premier League titles [between us.]

I have three, I think. Mr Wenger has three or four – I don’t know. Does that mean we should be respected even in periods where our results are not the best?

I think Mr Wenger has that respect from all of you. I don’t think I have especially because my last Premier League title was 18 months ago. It was not 18 years ago.

So I don’t think I get respect but it’s not because [my] peak better or not so good.

I just follow my way because I want to win my ninth championship and my fourth Premier league.

So humble and unassuming, this one. He just gets his head down and keeps on keeping on.

What happened to that precocious, dare we say mildly entertaining upstart who took on the world with Porto, Chelsea and Inter Milan?