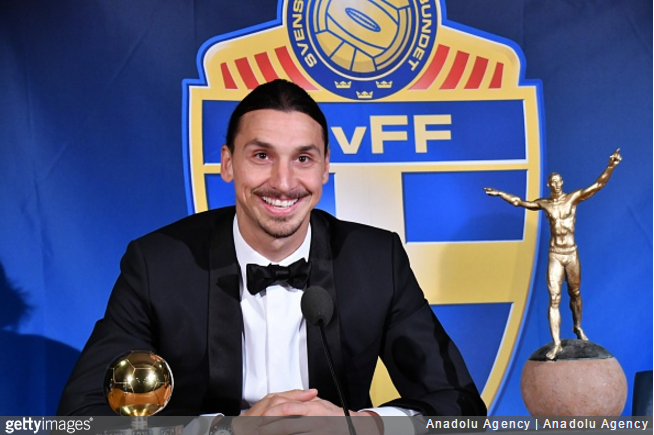 Zlatan Ibrahimovic is to be honoured with a large statue outside Sweden’s national football stadium after the Manchester United striker was presented with the 11th Guldbollen award of his career on Monday evening.

The Guldbollen (i.e, Gold Ball) is awarded to Sweden’s top male football player. After first winning it in 2005 and then coming runner-up to Freddie Ljungberg in 2006, Ibrahimovic has since landed the award for all 10 consecutive years.

To mark this impressive feat, and as a nod for his years of service, the Swedish FA are now planning to erect a 2.7 metre statue of Zlatan outside the Friends Arena in Stockholm.

Speaking at the Guldbollen gala, the 35-year-old, who retired from international duty after Euro 2016, said:

Many are thinking ‘Why him?’ and so on, but after all the hard work over 15 years in the national team and 20 years in my club career, it feels like it’s being appreciated.

You usually get this after you die, but I still feel alive. When I die, this statue will live on forever.

With 62 goals in 114 games for Sweden over the years, we think Zlatan has probably just about earned his statue, don’t you?