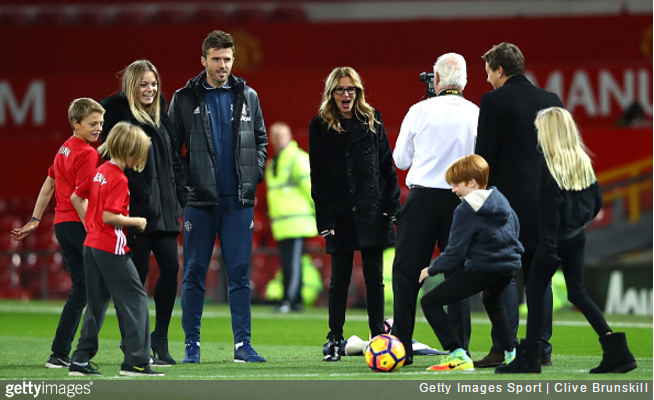 Do not adjust your sets, for that really is Julia Roberts being given a guided tour of Manchester United’s premises by her good friend Michael Carrick.

Apparently at the behest of her football-obssessed children, the Hollywood actress dropped into Old Trafford to watch United’s game against West Ham on Sunday afternoon.

According to the Manchester Evening News, after being given the tour by Carrick and Colleen Rooney, Roberts then clambered up into the stands to watch United slog to a 1-1 draw against the Hammers.

Jose Mourinho hoofing bottles. Darren Randolph keeping all at bay. Marouane Fellaini. What a memorable old night it must have been for her.