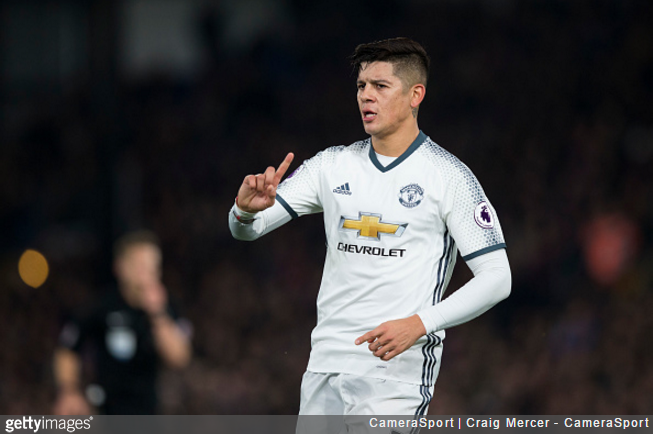 Jose Mourinho has spoken in defence of Marcos Rojo after the Manchester United man flew into yet another dangerous challenge during his side’s 2-1 win over Crystal Palace last night.

The ‘tackle’ was only slightly less reckless than the horrible double-footed stamp Rojo put in on Idrissa Gueye when United played Everton 10 days ago.

Again, this was only deemed worthy of a booking…

Still, Mourinho maintains that his centre-back is essentially a “clean” player who merely succumbs to his “aggressive” Argentinian nature from time to time.

Speaking after the Palace match, the United manager told the press:

Rojo’s a liability is what he is. Nobody has ever been coached to tackle like that.

The two-footed tackle, especially of the flying variety, is a lunge rooted in cowardice – a spineless way to ensure you don’t get hurt in any given 50-50 situation.

He’s just incredibly lucky that both Zaha and Gueye were able to walk away.