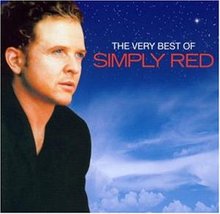 The Guardian reports on a fascinating radio interview (with Key 103) with Sir Alex Ferguson, in which the Man Utd boss reveals a more sensitive side to his personality. Fergie talks about his love of cookery and his friendship with fellow Scot Gordon Ramsay: ‘I was into cooking a great deal and I could do most things. In terms of what you see nowadays I would be lost, but I can still do a good pasta or a Chineseâ€¦ He’s fine, Gordon [Ramsay]. The problem with being a perfectionist is that it must be terrible to think about dropping even a fraction. In football there is room for error in a 38-game programme but if he has one bad meal in 38 he could lose business and his reputation. I think that’s what keeps the real rough edge on Gordon.’
Ferguson also discusses his music taste, saying his grandson Jake had helped to fill his iPod with tunes: ‘[I like] Sixties stuff, Sinatra, Dean Martin, Nat King Cole. I’ve also got a lot of Mick Hucknall [hmmm] and there is Wee Andy Webber’s Scottish Medley. You’ve got to keep your Scottish identity, haven’t you?’