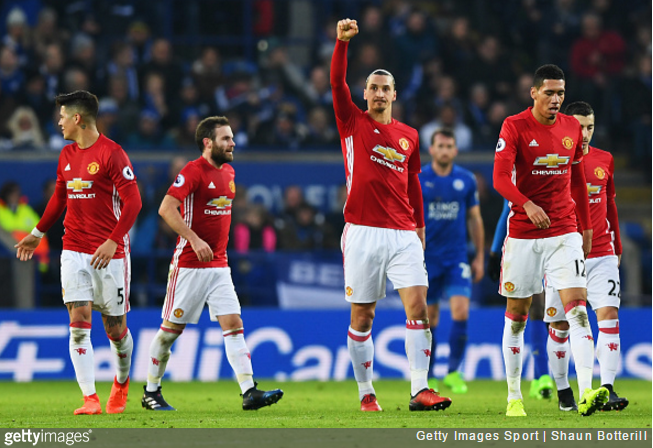 By tucking away Manchester United’s second goal against Leicester, Zlatan Ibrahimovic broke yet another goal-scoring record.

Indeed, at 35 years and 125 days old, the towering Swede is now the oldest player to score 15 goals in single Premier League season…

15 – At 35y 125d, Zlatan Ibrahimovic is the oldest player to reach 15 @premierleague goals in a single season. Vintage. pic.twitter.com/CV68bl0J3X

Past it? Never. Hopefully it won’t go to his head.

And as for Leicester… Bloody Nora.