Andreas Pereira showed parent club Manchester United just what a talent they have on their books on Monday night, with the Brazilian attacker volleying home a stunner during Granada’s La Liga clash with Las Palmas.

On 17 minutes, the 21-year-old Pereira picked up the ball outside the Las Palmas box before firing home a fabulous effort which rocketed into the back of the net.

Signed by Sir Alex Ferguson in 2012 from PSV Eindhoven, Pereira made his debut for United’s first team 2014 before going on to making 11 appearances in total last season.

However, the Belgian-born playmaker was shipped off to Spain in the summer, making 21 appearances for La Liga strugglers Granada. 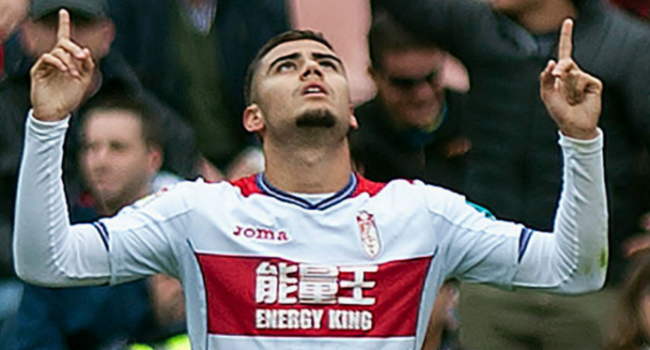 Pereira’s wonder-strike, just his second of the season, proved to be the only goal of the game, with the result moving Granada off the bottom of the La Liga table.

One wonders if the youngster will get a chance to prove himself back in Manchester under Jose Mourinho next season.