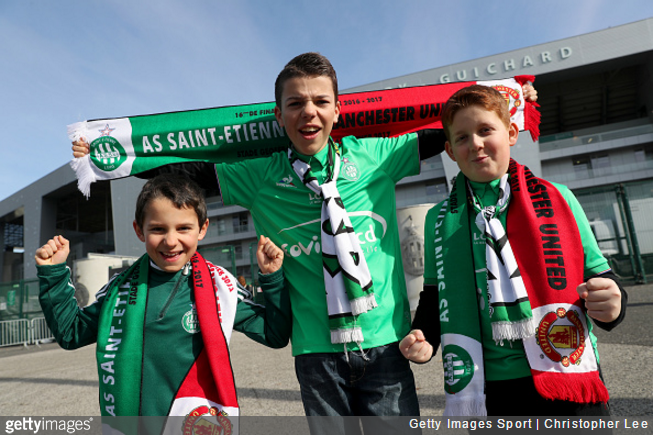 With Manchester United in town for their Europa League last-32 second legger, Saint-Etienne’s Geoffroy Guichard stadium was awash with all the usual souvenir tat you might expect on Wednesday afternoon.

Indeed, the half-and-half scarves were out in force – most notably up in the VIP boxes, where the staunchly bi-partisan Mama Pogba was festooned in both green and red as she watched her sons Paul and Florentin square off against one another for the second time in quick succession.

However, the fixture also produced photographic evidence that the split-loyalty merchandise racket has moved into strange, terrifying new realms of madness.

We give you, the half-and-half clock… 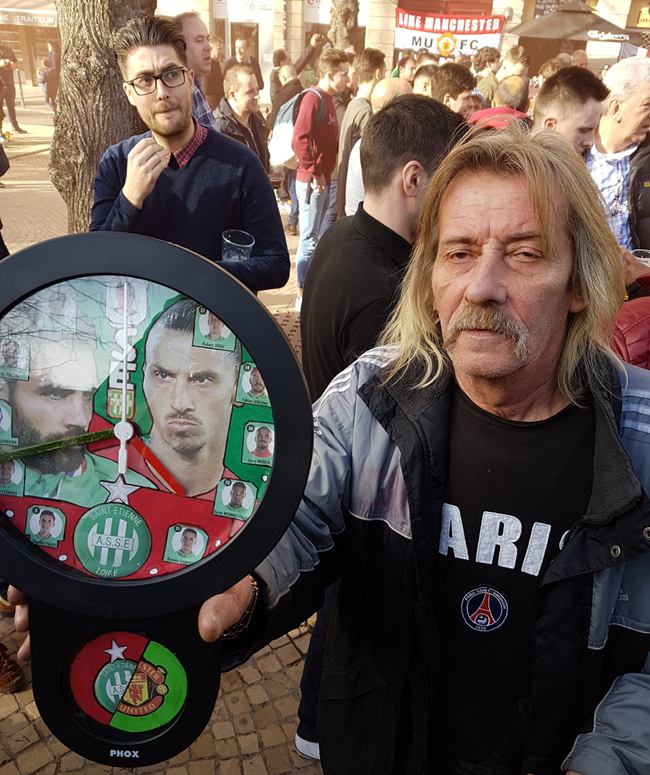 We’re not entirely sure where to start, so we’ll just leave you to quietly contemplate the full spectrum of insanity on show here.