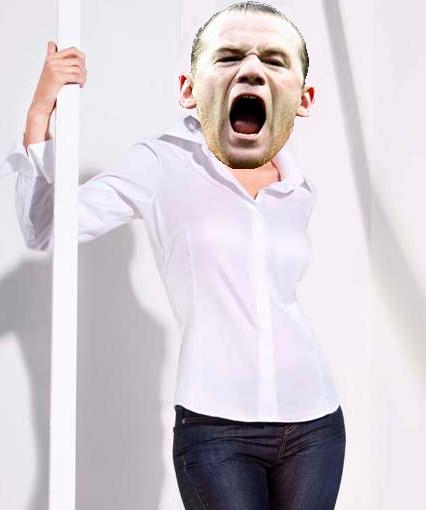 Proof if proof were needed

I’m afraid the rumours are true. Wayne Rooney will undoubtedly be calling an emergency press conference in the next few hours to announce the news that he will be playing his football at the Bernabeu next season.

Spanish website Sport.es are reporting this morning that they have irrefutable proof that the Manchester United striker will be joining Real Madrid.

Apparently Rooney and his representatives – who were on location in Barcelona to shoot a commercial for a computer game – insisted on filming two versions of the advert, one in a red football kit (like that of Manchester United) and one in a white strip which – the site helpfully points out – is a colour synonymous with Real Madrid!

You’d be forgiven for thinking that would be evidence enough that Rooney will be a Madridista come the summer, but there’s a final clincher – and you might want to sit down and hold on to something for this one – Karim Benzema did exactly the same thing before joining Real last summer.

United fans may as well start saying their goodbyes.