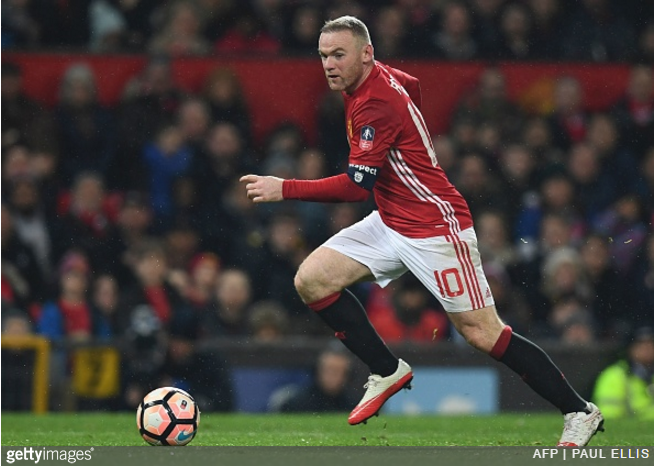 With Wayne Rooney looking like more of a spent force at Manchester United with every passing week, there’s a good chance his number might be up at the end of the season.

While the Chinese Super League has already come a-callin’ to no avail, it’s all the more likely that Rooney will end up either, A) continue clogging everything up at Old Trafford forever and a day, or B) opt for a less disruptive move to another English side.

A prodigal return to boyhood club Everton has been mooted, with manager Ronald Koeman openly entertaining the thought during an interview with Sky Sports on Tuesday morning.

Asked whether Rooney would be of interest to him, the Dutchman admitted that he’d be very much in favour:

I believe that Wayne Rooney is still playing at a high level. I think he made a good choice to stay at Manchester United and in the Premier League because he has still two or three years in front of him to play on a high level.

What will happen at the end of the season? I don’t know but in my opinion he is one of the players who can make Everton more stronger.

It’s all about what the player likes, what Manchester United needs to do, and we are not involved in that project.

But every player that we at Everton think can make the team stronger is welcome to Everton.

Koeman’s musings were echoed by his director of football, Steve Walsh, who effectively serves as head of player recruitment at Goodison having previously helped cobble together Leicester City’s title-winning side.

Wayne Rooney is one of the greatest players that has ever played the game in England and for us not to be interested would be wrong.

He started his career here and if the opportunity arose that he could come back and it sat well with everyone, it is something we would consider.

He is a class apart, he sees things, and all the things that have been said about Wayne are true. He comes into that category of being one of England’s greatest ever players, so why wouldn’t we be interested?

I think the whole thing would be euphoric. I think we could sell a lot of shirts, that’s for sure.

But let’s not get ahead of ourselves. Wayne is contracted to Manchester United and made a decision to continue to play for them.

Let’s wait and see what happens in the future.

It all makes sense – the nostalgic pangs, the easing of pressure and criticism, the not having to uproot a young family – though the ball will, of course, be entirely in Rooney’s court.

We’d love to see him give it one last visceral blast at his old side rather than continue hovering as a clammy pink spectre on the fringes at United.

After all, could you resist this face?