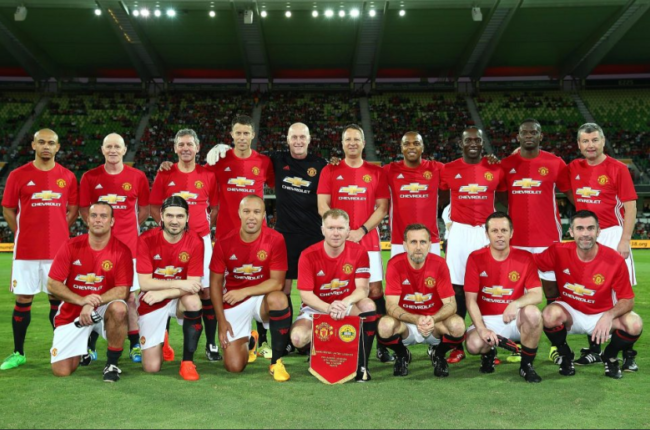 A Manchester United Legends team which included Paul Scholes, Dwight Yorke and Bryan Robson lined out against an Australian XI this weekend, in a charity game in honour of West Ham youngster Dylan Tombies, who died after a long battler with cancer in 2014.

However, one incident in the game was anything but charitable, with ex-Man Utd, Newcastle and Blackburn winger Keith Gillespie hospitalising an opponent with an inexplicable elbow. 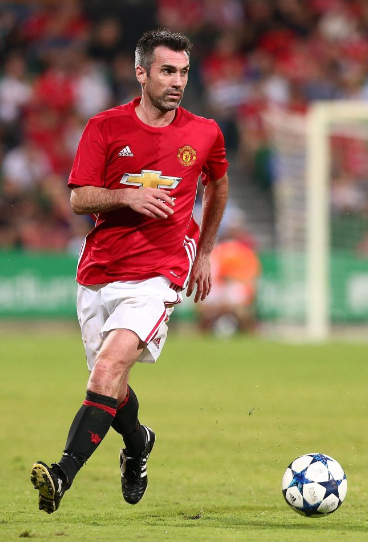 The off-the-ball incident came late on in the game with the Australian side 3-0 up. With Gillespie running beside Dean Heffernan, the ex-Huddersfield Town played gently pushed his Man Utd counterpart, who responded with a vicious elbow into his opponent’s face.

@BrentonSpeed @Heff35 just seen this and it’s an absolute disgrace from Gillespie in a charity match for a great cause. #Disgusting. pic.twitter.com/OEEScnzlx0

Heffernan was, not surprisingly, floored by the elbow, although the incident was missed by the officials.

The Aussie Legends’ player was eventually substituted and taken to hospital with memory loss, damage to his jaw and chipped teeth.

Gillespie had his fair share of discipline issues during his career, which ended in 2013 after a spell in Ireland with Longford Town.

However, this latest incident is quite bizarre and leaves us wondering just what was said or done to push the winger over the edge, particularly in a charity game in honour of a player who passed away.