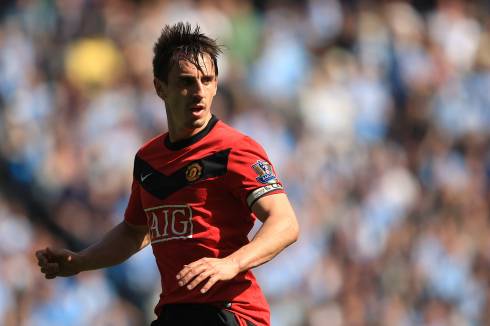 The veteran right-back has joined fellow ‘old guard’ members of the United squad, Paul Scholes and Ryan Giggs, in committing himself to the club until the end of the 2010/11 season.

Neville has been besieged by long-term injury problems during the past couple of seasons – making only one appearance between March 2007 and August 2008 – but is currently enjoying a resurgence in form that has led to speculation that the 35-year-old may make it into Fabio Capello‘s World Cup squad.

Say what you like about Neville – and most people do – the guy is a model pro (unless you’re a Liverpool or Man City fan) and he still ranks as one of the best right-backs in the Premier League.

The fact that he has shrugged off a potentially career threatening injury to retain his place in the United first team – keeping an young, energetic up-and-comer like Rafael Da Silva on the bench – is testament to his flawless work-ethic.