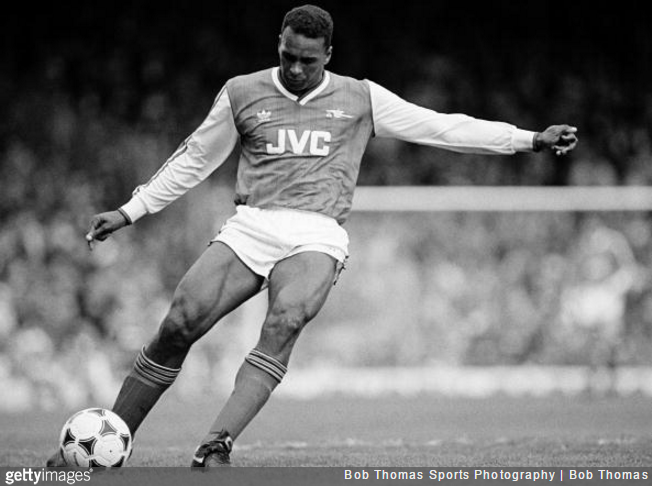 Seeing as though today marks the 16th anniversary of David Rocastle’s untimely passing, we thought it’d only be right to once again pay tribute to one of English football’s most sorely-missed characters.

Despite having terrible eyesight, Rocky was one heck of a player – skillful, nimble and intelligent both on and off the ball.

As if to encapsulate all of his attributes in one fell swoop, here’s his impeccable solo goal to put Arsenal 1-0 up against Manchester United at Old Trafford in 1991…

For the record, United eventually equalised in dramatic fashion as the match ended 1-1.

Indeed, it was Steve Bruce who stooped low to steer a diving header home with just seconds left to play.