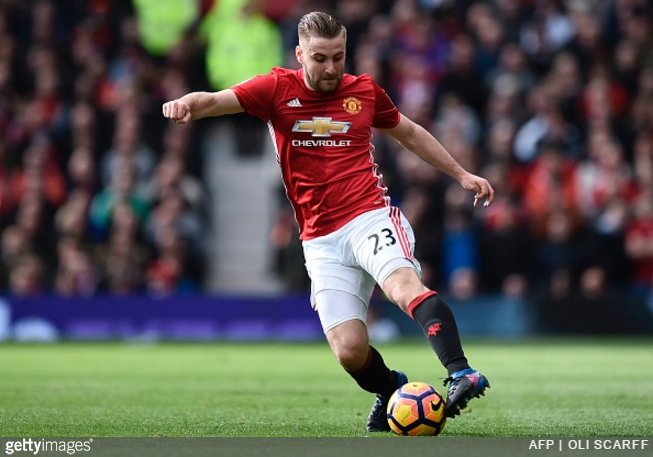 Now, Jose Mourinho has given the most explicit signal yet that the perennially unfancied £30million left-back’s tenure at Old Trafford may be coming to an end.

Indeed, despite his defensive ranks being ravaged by suspension and injury, Mourinho still stated that there is next to no chance Shaw will even make the bench for Tuesday evening’s game against Everton, largely because of his lapse attitude.

It is difficult for him to be on the bench. I cannot compare him with Ashley Young, with Matteo Darmian, with Daley Blind.

He is a long way behind.

The writing, as they say, is on the wall. Not that he was exactly flying before hand, but that hideous broken leg (and subsequent 10-month recovery) really derailed Shaw’s career – perhaps understandably.

However, that’s now Mauricio Pochettino (Southampton), Roy Hodgson (England) and both Louis van Gaal and Mourinho (United) who have all criticised Shaw’s fitness and/or motivation in some regard, both pre- and post- injury.

Psychologically, a fresh start somewhere far away is long overdue for and, by the sound of it, that’s exactly what he’s going to get at the first available opportunity.