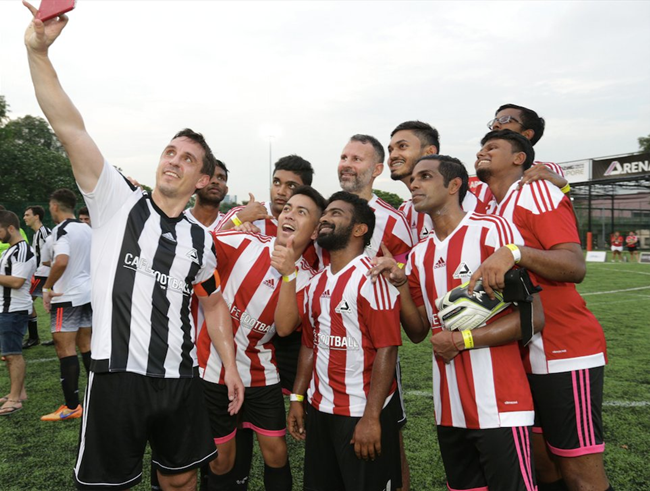 As part of the launch event, both Neville and Giggs took part in the ‘Cafe Football Cup Final’ – a glorified kick-about between two teams of local players.

Despite goal-hanging ever so slightly, Neville popped up with what he later christened “the best goal of his career” by flicking a nonchalant volley over the opposing goalkeeper…

Bless him. He didn’t get very many during his playing days – five goals in almost 400 appearances for United to be precise.

We suppose it was a decent enough finish for a career right-back, suspicion of offside notwithstanding.

And it’s nice to see that he’s still keeping faith with the Diadoras too.