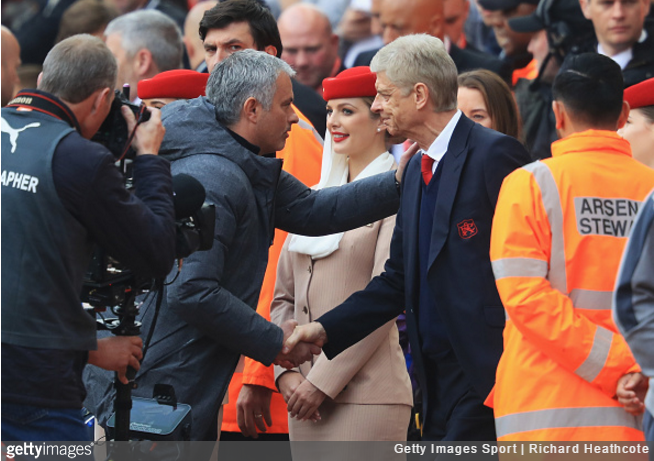 In overseeing Arsenal’s 2-0 win over Manchester United at the Emirates on Sunday afternoon, Arsene Wenger recorded his first ever competitive victory against a Jose Mourinho team.

Of course, the home fans revelled in the (largely meaningless) feat, and taunted Mourinho about surrendering his flawless record during the latter stages of the game.

So, when it came to the final question of his post-match presser, the United boss couldn’t resist the urge to sign off with a sarcastic little dig.

The Arsenal fans, they are happy. I am happy for them.

Finally I leave this stadium with Arsenal fans happy, they deserve that. They are a really good club.

So finally today they sing, they (swing) the scarves – it’s nice for them.

Congratulations on your inconsequential victory, I hope it brings you great joy for many years to come.

He really does exist in his own special little bubble, doesn’t he?