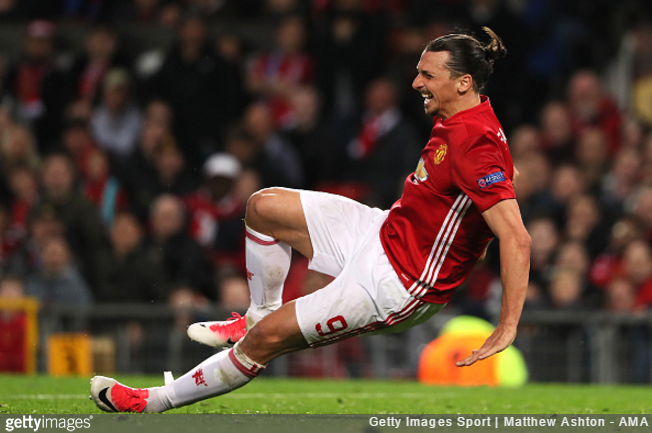 Zlatan Ibrahimovic knee joint is apparently “so strong” that his surgeons have asked to use the Manchester United striker for medical research purposes.

The 35-year-old went under the knife last week after suffering a cruciate ligament injury during United’s 2-1 Europa League win over Anderlecht in mid-April.

The injury may have prematurely ended Ibrahimovic’s season but it could well end up benefiting the rest of humankind if the University of Pittsburgh School of Medicine can unlock the secrets of his pristine physical condition.

His knee is so strong that the doctors said they had never seen anything like it.

He has a knee that it is almost impossible for a football player with a 20-year career to have. It was quite clean, there was no harm in it.

Zlatan is so strong that the doctor wants him back after his career to research on him. They work on the world’s best research institutions for the knees and ligaments.

They research a lot on the subject and that is why they are better than everyone else, and doctors want back Zlatan to do research on him.

So after Zlatan’s career, we will go back and open him up again to do research on his ligaments.

Spoken with the cold, dystopian indifference of a rogue government agent who may well be leading a covert Cold War project into the effects of human biomodification.

You’d like to think that Zlatan will have a say in being “opened up again”, but then this is Raiola we’re talking about here.