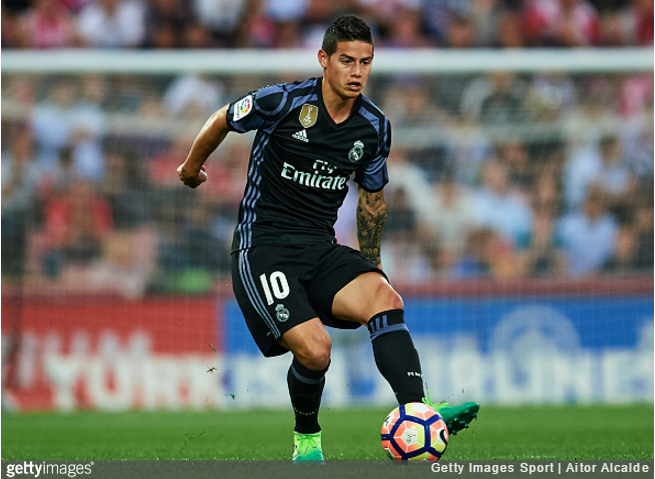 We’ve definitely been here before, but reports in the Spanish press are claiming that James Rodriguez is on the cusp of joining Manchester United.

According to Radio Caracol (via AS), James’ big move to Old Trafford will be made public after Real Madrid’s final league match of the season, away at Malaga on Sunday evening.

However, AS add that they believe Real do not intend to confirm James’ exit until after the Champions League final on 3rd June.

The midfielder appeared to say goodbye to the club’s supporters when he was substituted in Sunday’s home league win over Sevilla, stopping to applaud all four corners of the stadium.

This all comes one week after Colombian radio station RCN revealed that the 25-year-old had reached an “initial agreement” to sign for United.

Whereas his three-season stint at the Bernabeu has hardly been an overriding success, James has still managed 36 goals and 38 assists in 109 appearances – not bad for a benchwarmer.

Where he’ll fit into United’s forward line next season is another puzzler, assuming Zlatan Ibrahimovic signs on for another tour of duty.

Put it this way, Anthony Martial is probably watching on with interest.