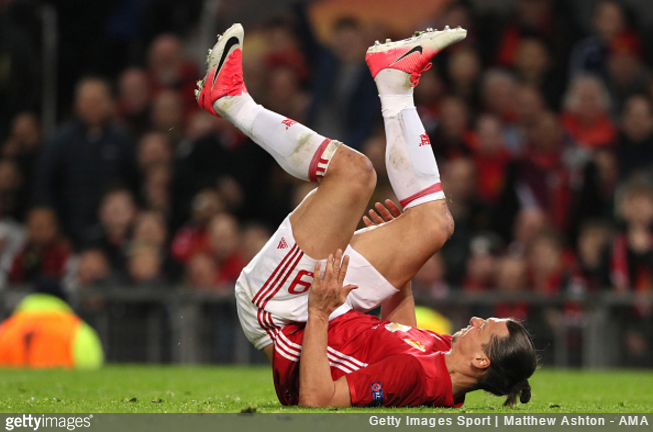 Hard to fathom, we know, but it turns out that Mino Raiola’s recent brag that Zlatan Ibrahimovic’s super strong knees have been deemed worthy of medical research were a little… over-egged.

Raiola was speaking after his client went under the knife at the University of Pittsburgh School of Medicine to fix the cruciate ligament injury suffered against Anderlecht in mid-April that prematurely ended his season.

He claimed that, during the operation, the doctors were so struck by the constitution of Zlatan’s joints that they’d asked to use him as a test subject in their ongoing research.

“His knee is so strong that the doctors said they had never seen anything like it,” Raiola told Expressen.

“They research a lot on the subject and that is why they are better than everyone else, and doctors want back Zlatan to do research on him.”

However, one of those very doctors, Dr Volker Musahl, has since downplayed Raiola’s grandiose claims, telling German paper Die Welt:

It was a routine surgery. There were no complications.

Zlatan has a very good bone structure and his knee is absolutely in a good condition.

But it is a bit of an exaggeration to say it will be a research object.

We know, we know. Just when you thought you’d found a global mega-agent you could trust…