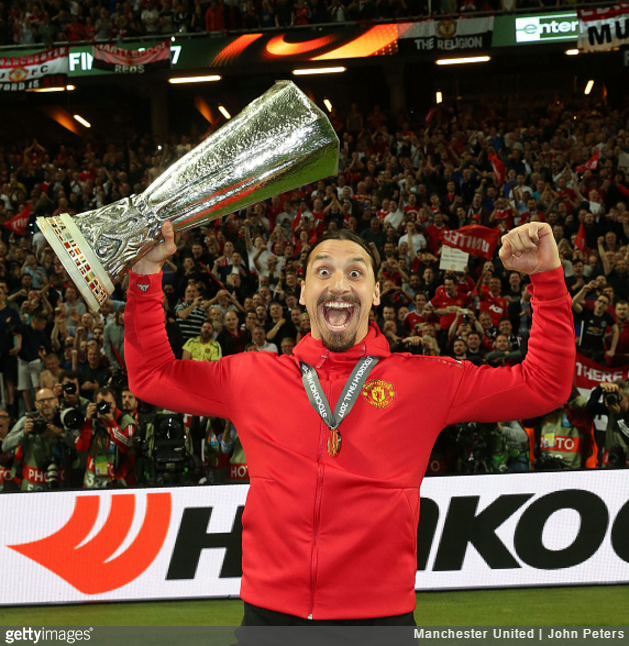 It looks like Zlatan Ibrahimovic’s tenure as a Manchester United player will be limited to one season, with reports that the club plan to release the striker when his contract expires at the end of the month.

According to ESPN FC‘s insider sources, Ibrahimovic will be included on United’s ‘released’ list which is expected to be published by the Premier League on Friday morning.

Ibrahimovic’s current one-year deal is set to expire on June 30th and with no new agreement in place he is unlikely to be on United’s list of retained players.

Ibra scored 28 goals in 46 appearances for United but saw his season ended prematurely by a cruciate ligament injury in mid-April.

As such, he isn’t destined to return to full fitness until January and, again according to the sources, United have decided that paying £300,000-a-week to a 35-year-old who won’t be available for the first five months of the season probably doesn’t represent sound business acumen.

‘Tis a pity, for Ibrahimovic’s presence and his match-winning knack really were the difference between United tanking and just about managing to tread water in the Premier League this season.

Just who Jose Mourinho plans to replace him with remains to be seen?, though he could do worse than giving Tony Martial a proper stab at the No.9 position.