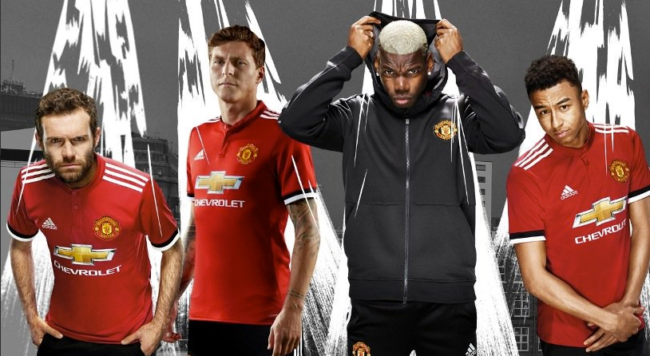 Manchester United have unveiled their new home kit just days ahead of their pre-season jaunt to the United States.

The Adidas offering is red with black and white cuffs (supposedly inspired by the flags waved at Old Trafford on matchdays) and has a neat little button-up grandad collar.

Wayne Rooney, who is supposedly teetering on the brink of leaving United this summer, has now been included in the launch material for both the club’s new home and away kit – should you put any kind of stock in that kind of thing.

Not the most concrete of portents by any means, but you’d think he’d be quietly omitted if a decision had already been made.