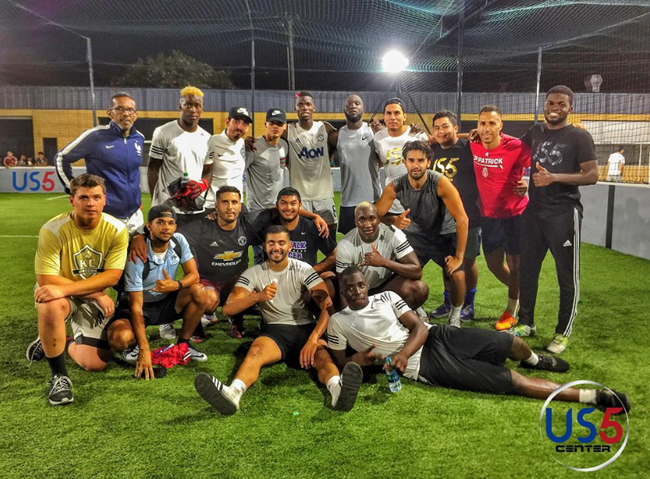 They may well be fully-fledged colleagues by the end of the week, but for the time being Paul Pogba and Romelu Lukaku simply remain mere good buds.

The pair are currently milling around together in Los Angeles as part of their concurrent off-season meandering, which looks entirely more strenuous than Pies’ understanding of a summer holiday.

Indeed, after training all morning in the blazing sun, Pogba and Lukaku then stopped by the Urban Soccer 5 Center in Norwalk for an impromptu 5-a-side run-out against a gaggle of locals…

Not everyday you get to watch £160million of Premier League talent in action on your humble bolt of astro turf.

Something tells us #Pogkaku will be a thing sooner rather than later.