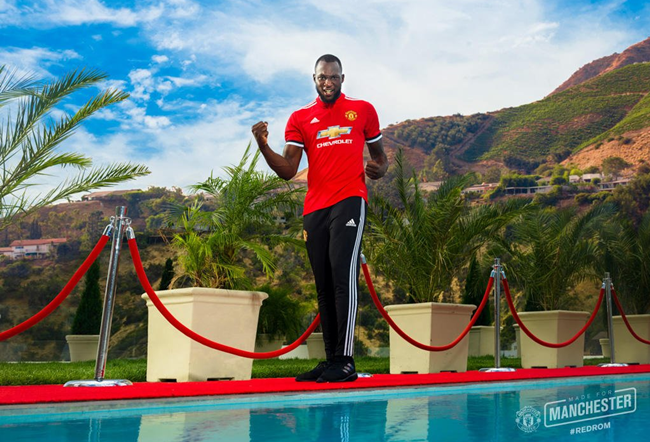 First of all i want to thank God for this opportunity. Delighted and blessed to be part of the greatest club in the world @ManUtd pic.twitter.com/dWrQjHkH5a

Lukaku has signed a five-year contract at Old Trafford which comes complete with the option of an additional year’s extension.

Already out in Los Angeles on his holibobs, the Belgian brute will remain in situ to meet up with his new United teammates ahead of their imminent pre-season Stateside cash-dash.

Speaking to the official United website, manager Jose Mourinho had this to say about his new striker:

Romelu is a natural fit for Manchester United. He is a big personality and a big player. It is only natural that he wants to develop his career at the biggest club.

He will be a great addition to the group and I know they will make him very welcome. I am really looking forward to working with him again.

Good lord, how we wish United had used Stormzy to pose for this first batch of ‘unveiling’ photos.

Banter off the charts.