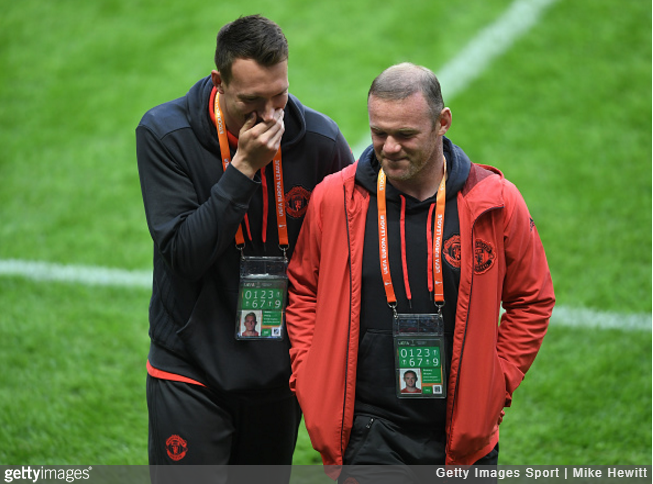 Phil Jones will be banned for the first of Manchester United’s Champions League group games after being found guilty of abusing UEFA officials in the aftermath of the Europa League final.

Jones was an unused substitute as United beat Ajax 2-0 in Stockholm, but was still selected to undergo a random drug test after the final whistle.

He then proceeded to “direct insulting and directing abusive language” toward the piddle doctors attempting to carry out the testing while demonstrating “a lack of cooperation and respect.”

According to the Press Association, United have been charged for breaching UEFA’s anti-doping regulations and been fined €10,000 (approx. £8,900) into the bargain.

Jones has also banned and fined to the tune of €5,000, along with Daley Blind, who has also been charged €5,000 for “non-compliance” but escaped suspension.

We can only imagine the pair took umbrage at having to nip their celebrations in the bud to go and pass fluids at UEFA’s joyless insistence.

Anyway, the general upshot is that Jones will now miss United’s UEFA Super Cup game against Real Madrid on 8th August, as well as their maiden group stage fixture of the Champions League proper.