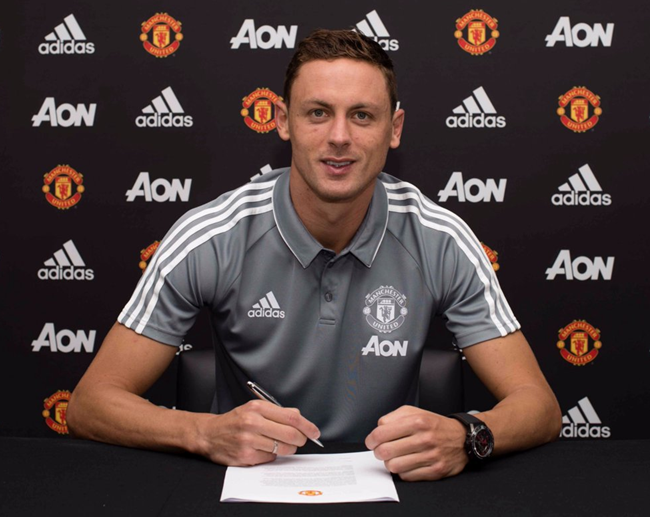 We’ve already seen him wearing the kit so this shouldn’t come as a huge shock but Nemanja Matic is now officially, as of this afternoon, a Manchester United player.

The Serbian midfielder joins from Chelsea in a deal reportedly worth between £35-40million, signing a three-year contract at Old Trafford…

#MUFC is delighted to announce the signing of Nemanja Matic from Chelsea on a three-year contract. https://t.co/AH5KfCr9ZI #MaticIsRed pic.twitter.com/vbl8kSLbEO

Speaking to the United website, Matic revealed the prospect to work under Jose Mourinho again was just too damn tantalising to pass on:

I am delighted to have joined Manchester United. To work with Jose Mourinho once again was an opportunity I couldn’t turn down.

I have enjoyed my time at Chelsea and would like to thank the club and the fans for their support. I cannot wait to meet my new team-mates and to start training with them.

This is a very exciting time for the club and I am looking forward to playing my part in creating more history for this great club.

Matic is a sturdy, deep-lying roadblock whose inclusion will presumably free up Paul Pogba to engage in more esoteric midfield pursuits.

United have been crying out for a decent central midfielder and that’s what they’ve got. He’s also very much a ‘Mourinho disciple’ who, at 28, still has a few good years of dutiful service left in the tank.

All in all, a sensible no-fills signing – as far as anything that costs £40million can be described as ‘sensible’.