Manchester United enjoyed a 2-1 victory against Sampdoria in their final pre-season game of the summer on Wednesday evening, with goals from Henrikh Mkhitaryan and Juan Mata securing the win.

New signing Nemanja Matic impressed in the game in Dublin. However, one fan at the Aviva Stadium got a rather unfortunate first-hand taste of the Serb’s power.

Knocking the ball away after it had run out of play, Matic inadvertently smashed it into the face of one unfortunate fan, with the ball breaking her glasses.

The former Chelsea man did apologise so no harm done! 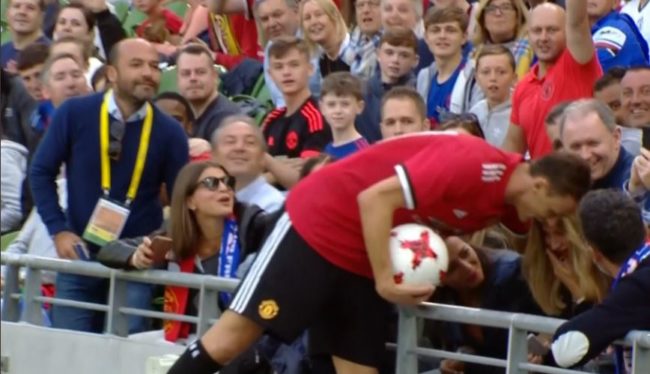 Although I wonder will he pay for her new glasses? 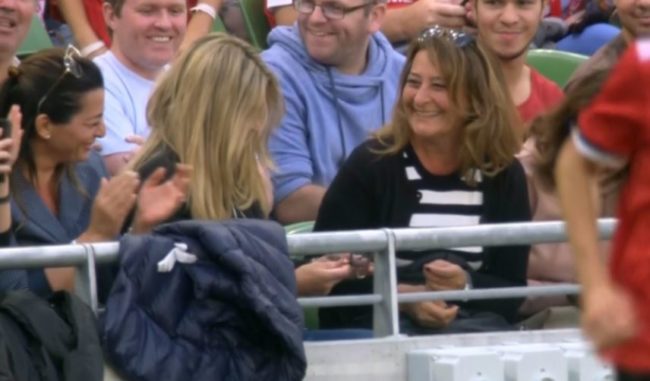 Mkhitaryan’s opener came on 20 minutes, with the playmaker heading home a Matteo Darmian centre after a fabulous counter-attack from a Sampdoria free-kick.

🇦🇲: Just 10 mins into the match, Henrikh Mkhitaryan rounds off the counter-attack & opens the scoring. pic.twitter.com/fsx2fsKAVZ

However, just after the hour-mark, Dennis Praet fired home from 20 yards to level the scores.

The Red Devils would get the winner with 10 minutes to go, via Juan Mata’s cool finish to give the Premier League side a deserved win.

Despite the fan walloping, Matic looks like a very decent buy from Jose Mourinho, with the pressure on to sustain a serious title challenge in the coming season.