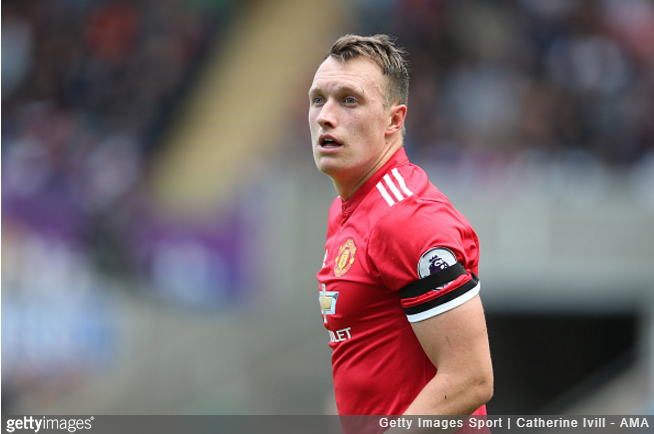 Phil Jones is currently serving a three-match European ban after being found guilty of abusing language toward UEFA officials in the aftermath of the Europa League final.

Jones was an unused substitute in Manchester United’s 2-0 win over Ajax in Stockholm but was still selected to undergo a random drug test after the final whistle.

The delay meant that he missed out on taking part in a team photo with the rest of his teammates in which the United squad paid homage to the victims of the Manchester Arena bombing, which occurred just two days prior.

Irked at missing the photo, Jones proceeded to “direct insulting and directing abusive language” toward the UEFA piddle doctors attempting to carry out the test, earning himself a charge and suspension for breaching anti-doping regulations as well as a €5,000 fine into the bargain.

Turns out Jones’ post-match rant was just about as lofty and high-minded as you’d expect, with the UEFA official responsible for the testing, Luka Zajc, recounting the incident thus (via Manchester Evening News):

The first player from Manchester United, Phil Jones, came to the DCS (doping control station) and was very upset that he had to be in the DCS.

He wanted to leave the DCS to celebrate with the team but I told him that he had to do the sampling first.

He then told me I was a f**ker doing this and that I had a f**ker’s job and how I could be so f**king stupid to consider having such a f**king job.

I told him that this was the UEFA regulations and that my job was to do the control. He still continued to tell me I had a f**ker’s job and how I even could do that job.

I then asked him to calm down and stop insulting me and then he said he didn’t want to talk to me anymore. 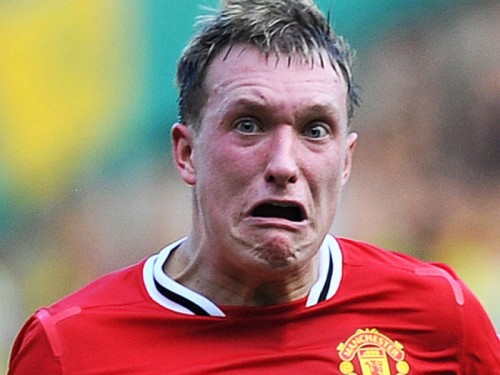 Mr Zajc, you have our sincerest sympathies.