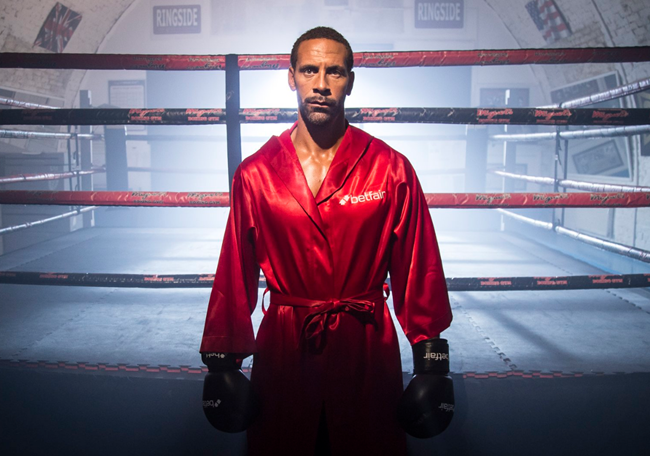 Rio Ferdinand has announced that, two years after retiring from football, he is now intent on becoming a professional boxer.

The former Manchester United centre-back is training as part of the “Defender to Contender” project, as promoted by bookmakers Betfair.

Specifically, Ferdinand will train with former WBC super-middleweight champion Richie Woodhall while he attempts to earn the British Boxing Board of Control licence that will allow him to compete in monetised matches.

As you might expect, one of Ferdinand’s old United sparring partners was first to land his jab on social media after the news broke this morning, with Gary Neville having a little dig at his former teammate’s expense…

Hey @rioferdy5 when you’re boxing does Vidic come in and take the punches whilst you cover round the back with me? 😉

There is of course precedent here, with former Sheffield United striker Curtis Woodhouse knocking football on the head in 2006 before going on to become the British light-welterweight champion. He has returned to football, as player-manager of Bridlington Town.

Rio’s coach, Richie Woodhall, told the Express that he really believes his man has the stuff to mix it:

In all honesty, I think Rio can definitely box as a professional given time.

He has natural power in his right hand, is extremely fit and is very enthusiastic to learn which is encouraging.

Style wise he’s very raw and I’ll have to develop this which will take time but he has all the natural ingredients, height and reach advantages over boxers in his weight division and definitely has potential to win a title in the future.

One pro fight against a no-mark, televised on Dave, wins in sloppy fashion, everybody forgets this ever happened.