Giorgio Chiellini has become the latest footballer to pledge 1% of his salary to charity as part of Juan Mata’s admirable Common Goal campaign.

Mata launched the drive at the beginning of August with the aim of supporting grassroots football projects and vulnerable children the world over.

Chiellini has asked to sign up to the Common Goal initiative, thus joining the likes of Mata, Mats Hummels, Megan Rapinoe and Alex Morgan as a fellow recruit. 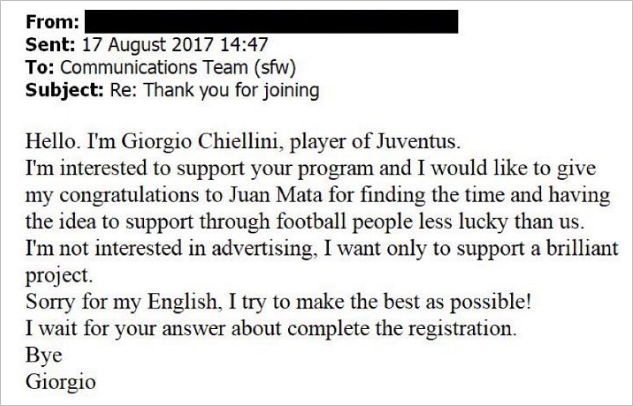 For a rough, tough, gristly centre-half, Chiellini sure writes one heck of an adorable email.

Thoroughly commendable stuff from all involved, we’re sure you’ll agree.