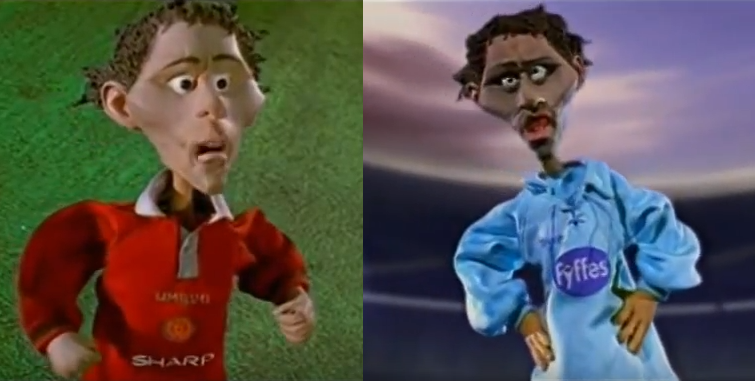 Ryan Giggs did a fair few decent adverts for Reebok (and a fair few naff ones for Quorn) in the mid-1990s, with his sponsors working wonders with the Manchester United winger’s often near-lifeless dialogue delivery.

Thankfully, the sportswear brand went and roped in a soundalike for what must surely count as their magnum opus when it comes to their Giggs-related commercial output: The entirely animated lesser-spotted ‘Doppelganger’ short, which clocks in at almost five minutes.

The yarn centres around ‘Giggs’ and his errant brutish behaviour, with the United star apparently turning from “soccer god to silly sod overnight.”

However, it actually turns out that the real Giggs is being held captive by a corrupt football club owner, who is injecting an identical clone with gorilla DNA and sending him out to play football every week for his rival team – a mysterious entity known only as ‘City’, who happen to play in sky blue…

Rather good, isn’t it?

As the story goes, Reebok actually got into quite a lot of trouble with Man City over the advert and subsequently apologised to the club for any distress caused.

In all honesty, it’s not hard to see why.