It’s difficult to fathom given the omni-coverage we’re steeped in these days, but 23 years ago this very day, a seismic football transfer went through without so much as a preceding whisper.

Halfway through the 1994/95 Premier League season, Newcastle goal-glutton Andy Cole was sold to Manchester United in a British record deal.

Cole had scored 68 goals in 84 matches in two years at the Toon, and United manager Alex Ferguson had a hankerin’ for a slice of that ridiculously prolific flan.

The deal for the then 23-year-old striker was concluded almost literally overnight after Newcastle boss Kevin Keegan received what he called “an offer he couldn’t refuse” from Ferguson: Cole in exchange for £6million and the £1million-rated Keith Gillespie bundled in. 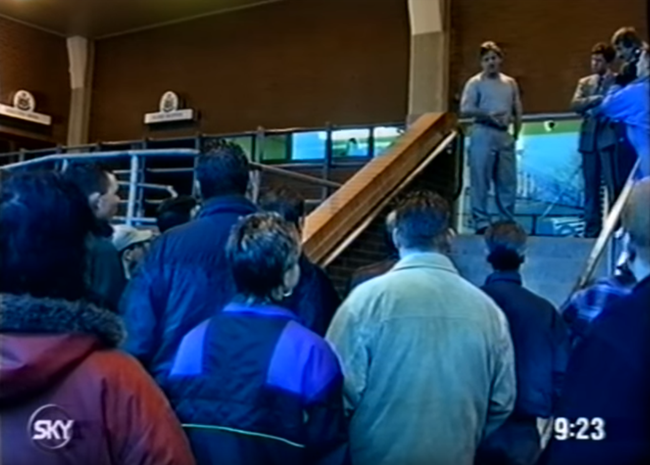 Unsurprisingly, the Toon Army were flabbergasted to suddenly discover that their cherished No.9 had been sold to a direct rival, leading to a face-to-face showdown with Keegan on the steps outside St James’ Park, wherein the latter desperately attempted to placate the mildly-irritated mob.

I felt we could take it (the deal) on and you’ve got to allow me to do that.

Cole went on to score 12 goals in 18 Premier League matches (including five in a 9-0 drubbing of Ipswich) for United during the second half of the 1994/95 campaign but a couple of spurned chances against West Ham in the final match of the season saw Blackburn Rovers nip in and nab the title.

Newcastle went on to finish sixth, with Cole (15) still ending the season as their joint-top goalscorer, alongside Peter Beardsley.

What a wonderful creature Kevin Keegan truly is, permanently existing on the ragged edge of his emotions.

Of course, it should also be noted that not everybody could pull off that stunning grey roll-neck/grey slacks/high belt ensemble with such aplomb.