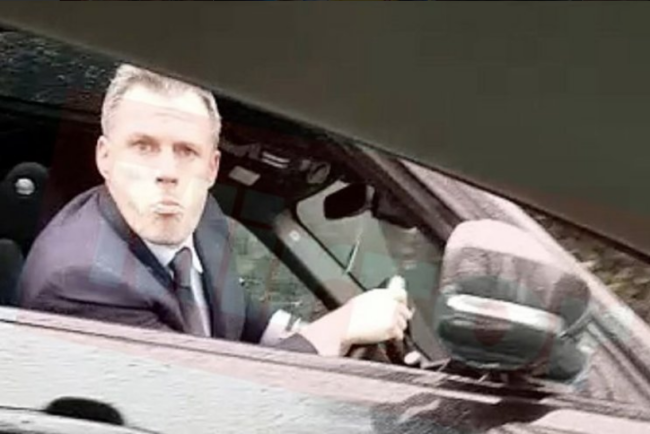 Jamie Carragher has apologised after being filmed spitting at a car on the motorway after Liverpool’s 2-1 defeat at Manchester United on Saturday.

In the footage, Carragher can be seen getting wound-up by the driver of the other car, who repeatedly mentions the scoreline of the aforementioned match.

The Sky Sports pundit then spits a mouthful of water at the neighbouring vehicle, flecks of which hit the 14-year-old girl sitting in the passenger seat.

After the Daily Mirror published the video the following day, Carragher issued his apology via Twitter…

Totally out of order & Ive apologised personally to all the family this evening. I was goaded 3/4 times along the motorway while being filmed & lost my rag. No excuse apologies. https://t.co/ofrNfiwhYH

Unfortunately, his 32-word apology doesn’t look like being the end of the story for Carragher, with Sky also confirming that they plan to reassess their £1million-a-year contract with the pundit.

“It’s unacceptable behaviour and we will be addressing it with Jamie,” a spokesperson for the broadcasters told the Guardian.