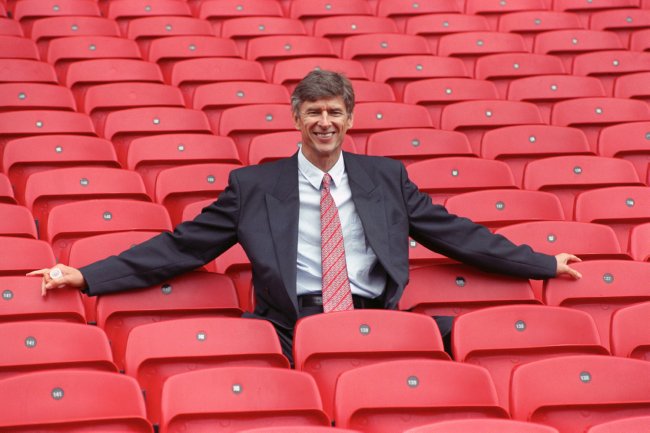 When Arsene Wenger arrived at Arsenal in the summer of 1996, he did so with some bold ideas.

The scholarly Frenchman introduced many radical practices to an unsuspecting Gunners dressing room – revolutionary regime tweaks like improving physical fitness through tailored exercise and diet, not drinking your body-weight in lager before matches, knocking the cocaine habit on the head, etc.

It proved to be a little too much too soon for some of the English footballing establishment, who had grown up on a diet of half-time brandy snifters and post-match cigarettes.

In a revealing snippet before the 1996/97 season, Manchester United manager Alex Ferguson – like many of his ilk – was largely sceptical of Arsenal’s decision to ditch Bruce Rioch and replace him with this lithe, unknown foreign type who had most recently gained managerial experience in JAPAN of all places…

Never before or since has the word ‘Japan’ been said with more disdain.

For those not fluent in Sir Alex, here’s the full quote in text format:

I think he should keep his mouth shut. Firmly shut

Of course, Arsenal went on to push United fairly hard in Wenger’s debut season, finishing third behind the eventual Premier League champions and level on points with second-placed Newcastle.

The Gunners then went on to win three title in Wenger’s first decade in charge, while the bristling feud between him and Fergie swiftly became one of the greatest, most compelling story arcs in the history of the English game.

Indeed, Channel 5 are airing a documentary on the subject – Fergie v Wenger: The Feud – next Monday at 10pm which looks like it’s shaping up to be a real belter.

Be sure to make a note in your diaries, Pies fans.