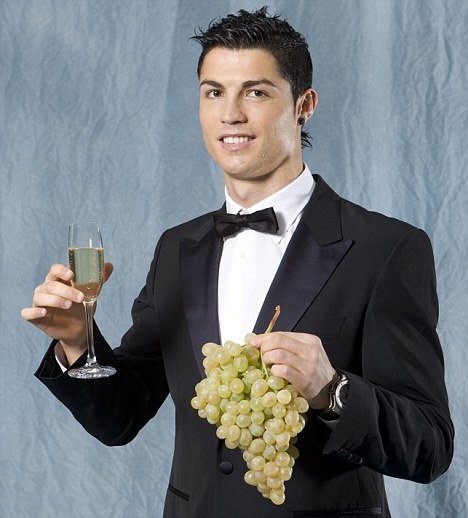 If Cristiano Ronaldo ever extends an invite to drop round for a bit of lunch, just politely pass on the opportunity.

That’s the considered advice of Patrice Evra, Ronaldo’s former teammate at Manchester United, who made the mistake of accepting the Portuguese forwards’s kind offer back in the day and very soon came to regret his decision.

Speaking on ITV Sport’s World Cup podcast, Evra opened up about what ended up being the worst lunch break in the world.

When Cristiano invites you for lunch at his house, just say no.

He [Ronaldo] said, ‘Patrice, come over after training.’ I went, you know I was really tired, [and] at the table there was only salad and plain white chicken so I was like, ‘Okay’, and water, not any juice and we started eating and I was thinking some big meat would be coming after that but there was nothing.

He just finished and he stood up and he started playing with a ball, doing some skills and he said, ‘Let’s do some two-touch.’

Plain chicken and foliage? Hast thou not got anything moist?

Anyway, the French left-back continued his anecdote with a subtle note of indignation in his voice:

‘No, no let’s play two-touch,’ we start playing two-touch. After that he said let’s go to the pool to swim, I was like okay… after going in the jacuzzi, the sauna, I’m done.

So that’s why I would recommend to anyone when Cristiano invite you to his house, don’t go – just say no because this guy, he’s a machine, he doesn’t want to stop training.

Evra also shed a little light on Ronaldo’s infamous competitive streak, centred around a seismic shifting of power within the table tennis hierarchy at United:

With Rio Ferdinand, they were playing table tennis and Rio beat him [Ronaldo], and we were all screaming and Ronaldo was so upset.

Then he sent his cousin to buy a tennis table, he trained for two weeks at home and he came back and he beat Rio in front of everyone.

Because he’s an angry man.

‘Angry’ is one way of putting it, we suppose…