Diego soddin’ Forlan. Here’s the round up… 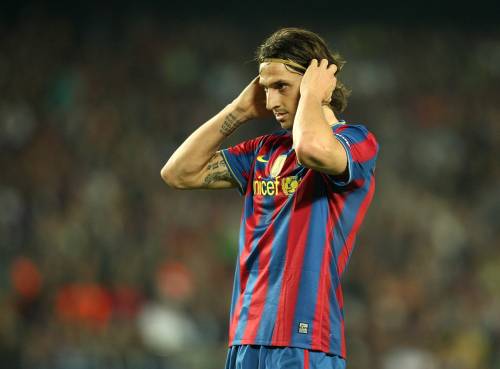 Rumour No. 1: Barcelona are hawking Zlatan Ibrahimovic around Europe’s elite after growing tired of the Swede’s stroppy attitude, and have offered both Chelsea and Manchester City the chance to sign the moody striker for £40 million.

Chelsea are apparently willing to consider a move for ‘Ibragoal’ but only if their £50-million-pursuit of Liverpool’s Fernando Torres turns out to be fruitless.

However, Manchester City (who are perfectly capable of funding the move) are understandably reluctant to bring in a player whose sullen demeanour could provide further disruption to a squad that is reported to be frayed at the best of times. 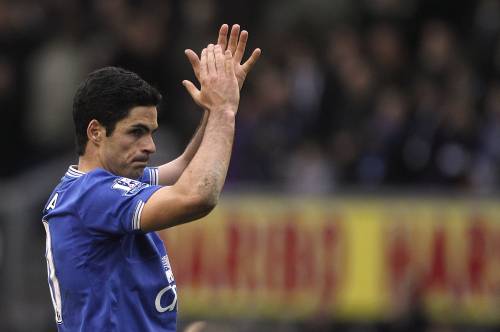 Rumour No. 2: Everton midfielder Mikel Arteta contract talks at the club have reached an impasse, putting Manchester United and Arsenal on ‘red alert’.

Arteta has two years left on his current deal at Goodison, but Everton officials want to tie the Spaniard to a new, longer-term contract – which the player himself is hesitant to commit to, given the calibre of interest in him.

The Best of the Rest: Liverpool are weighing up a bid consisting of £2-million-plus-Yossi Benayoun for Tottenham’s Russian forward Roman Pavlyuchenko.

Liverpool are also tracking CSKA Moscow’s young Turkish winger Caner Erkin but may face competition from Spanish side Espanyol for the 21-year-old’s signature.

Everton are planning to pinch £7-million-rated Man City striker Craig Bellamy from under Spurs’ noses, and the Toffee’s are also expected to wrap up a Bosman deal for Leeds hitman Jermaine Beckford over the next few days.

Manchester United are being linked with a move for £17-million-rated (eh?) AC Milan forward Marco Borreillo.

William Gallas looks to be on the verge of leaving Arsenal after Gunner’s chairman Peter Hill-Wood called the Frenchman’s £80,000-a-week wage demands ‘extravagant’ – I suspect he used rather stronger terms in the privacy of the boardroom.

Lens striker Aruna Dindane will snub interest from Wolves, Blackburn and Bolton in favour of playing Champions League football with Panathinaikos next season.

Stoke may try to take advantage of the managerial upheaval at West Ham by lodging a £5 million bid for midfielder Mark Noble.

Birmingham are to tempt Wigan Athletic with a generous bid for winger Charles N’Zogbia.

Blackpool are willing to splash out £2 million to turn play-off semi-final hero DJ Campbell‘s loan move from Leicester City into a permanent one.