While obviously he was never even anywhere approaching ‘fat’ by conventional standards, the fact remains that Luke Shaw has spent the last couple of years taking withering pelters from Jose Mourinho about his lapse fitness and condition.

Since suffering a horrendous broken leg against PSV in September of 2015, Shaw has found it nigh-on impossible to force his way back into the Manchester United first team, with Mourinho often publicly naming, blaming and shaming the left-back on the rare occasions he did manage to sneak an appearance.

Concern then sprang anew a week or two ago when Shaw was photographed gadding about on a yacht in Ibiza looking very pink and very less than honed.

However, it looks like the tough love has finally worked and the knuckling down has begun in earnest, especially if the 23-year-old’s latest Instagram post is anything to go by.

Indeed, it looks like Shaw has spent the past couple of weeks quite literally working his arse of in a bid to reclaim his spot and earn the affections of his manager… 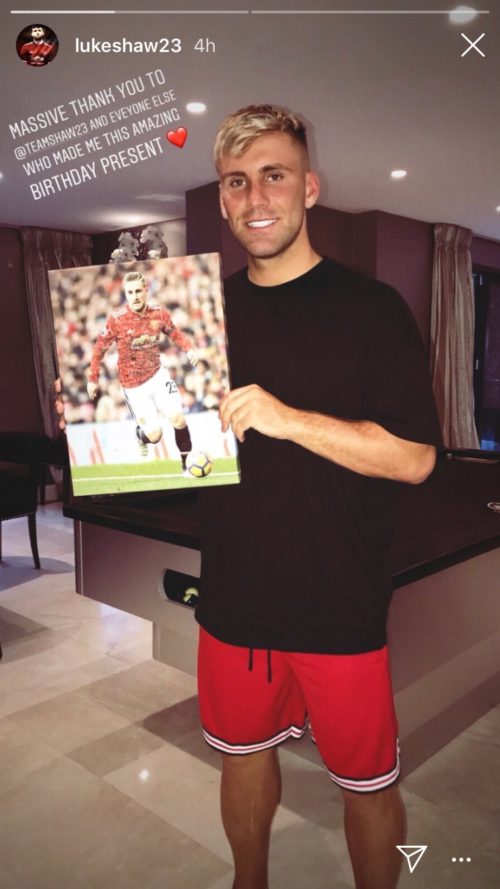 Bloomin’ heck. What a transformation.

Good on him – though obviously, Pies would gladly give our left bosom to be as ‘tubby’ as Shaw was at his most out-of-shape.

Be interesting to see if he gets a game now, and what Mourinho’s bone of contention is when he invariably doesn’t.