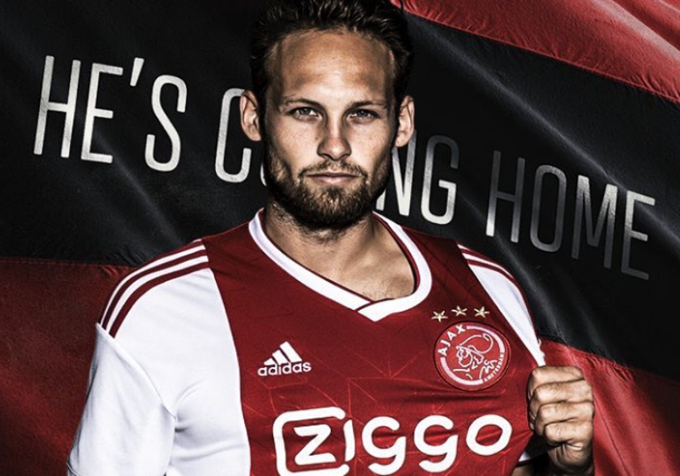 Ajax have paid €16million for the privilege which is actually a sliver more than United spent on the Dutch defender back in 2014.

The 28-year-old has agreed a four-year deal with the Amsterdam club he originally joined as an eight-year-old.

Of course, it’s only natural that Ajax announce the news with a tweaked rendition of the unofficial 2018 World Cup anthem…

Blind made almost 150 senior appearances for Ajax, winning four Eredivisie titles in six seasons before leaving for Old Trafford, where he won an FA Cup, a League Cup and the Europa League in the space of four years.

All in all, this seems like a good deal for both parties – Ajax re-procuring a versatile fan favourite with plenty of mileage left and United getting the kind of money they’d be unlikely to see again for him.