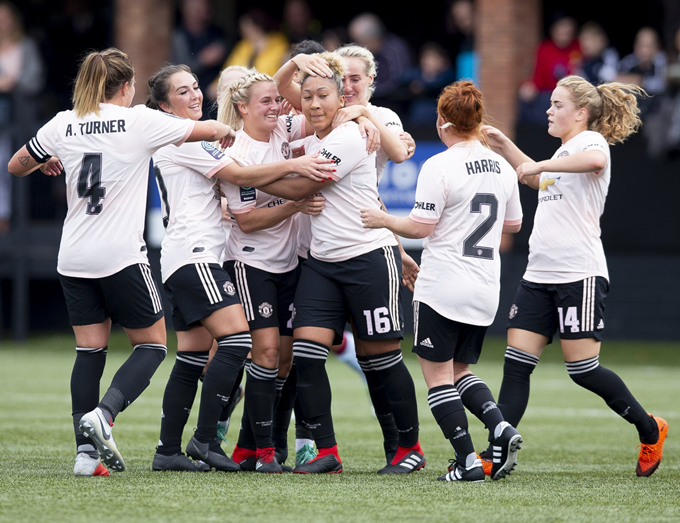 Manchester United Women got their inaugural FA Women’s Championship season off to an absolute flyer after bringing up double figures in an opening day rout of Aston Villa.

After finding themselves 6-0 up at the interval, United went on to double that tally in the second half – Casey Stoney’s side eventually running out comprehensive 12-0 winners at Boldmere.

Indeed, there was still 22 minutes left to play when United scored their twelfth goal, so it would appear they even did Villa a favour by easing off slightly toward the end of the encounter.

And so, in their first ever competitive league fixture, United’s women have beaten the record winning margin managed by the men’s team in 116 years of trying: a 10-0 victory over Anderlecht in the preliminary rounds of the 1956/7 European Cup.

Either way, a bloody strong start for the Women. It’s little wonder they’re already strong favourites to win the league and earn promotion, despite having only been in existence for a matter of months.

However, being a fully professional, financially sound side in a division studded with semi-pro outfits might also play a helping hand in that.