Having been ostracised and left out of the last few starting line-ups, Paul Pogba is likely to be one of the most notable beneficiaries of Jose Mourinho’s sacking by Manchester United.

Indeed, mere minutes after United announced that Mourinho was on his way out, the French midfielder shared a social media post that appeared at first glance to be a timely jibe at the departing Portuguese.

Indeed, Pogba invited his followers to caption a photo of himself giving a quizzical look to camera… 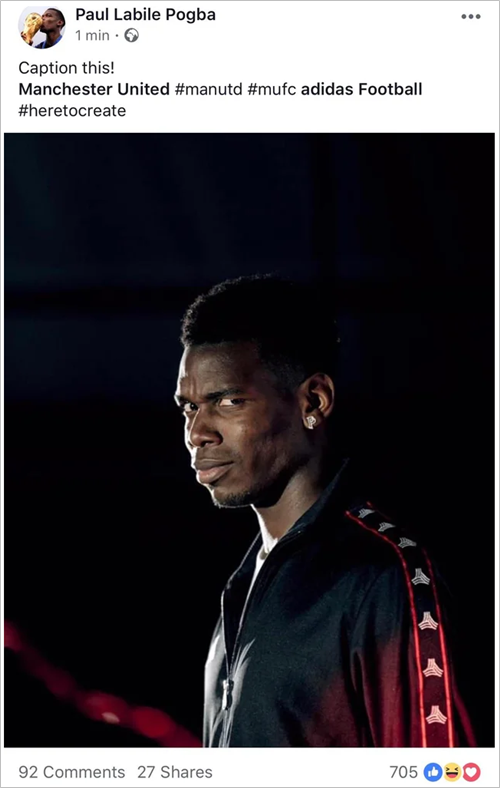 The post was almost immediately deleted, but not before the screenshot minions recorded it for posterity on Pogba’s behalf.

Of course, the rational consensus is that the message was simply an automatically-scheduled social media post for Adidas that his account handlers forgot to delete, but where’s the fun in that, eh?

Confirmed by contact within @adidassoccer: “#Pogba‘s social media posts were a scheduled event, part of a marketing campaign. Immediately taken down once it became apparent that it could be misconstrued as disrespectful to Manchester United and José Mourinho”