Wasn’t Carrick good? Here’s the round up… 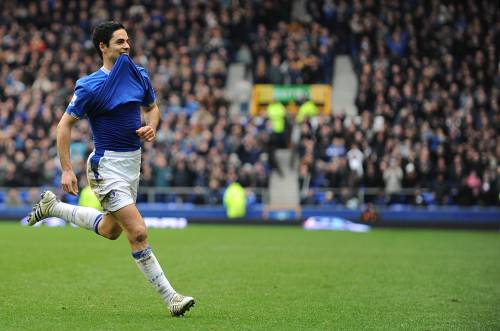 City are willing to risk re-opening their feud with the Toffees that began with their disruptive pursuit of then-Everton defender Joleon Lescott, who eventually – following a lengthy and bitter wrangle – moved to Eastlands for £22 million. 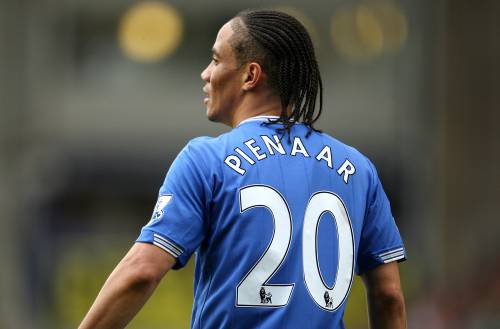 Rumour No. 2: Tottenham have been put on ‘red alert’ by the fact that Everton midfielder Steven Pienaar‘s agent, Ivan Modia, has issued the Goodison club a three-week ultimatum to make his client an improved contract offer.

“At the moment it is unlikely that we can find a solution before the World Cup.

I am aware of the interest of some big clubs.”

The Best of the Rest: Manchester United are eyeing up a move for Real Madrid midfielder Rafael Van Der Vaart and manager Sir Alex Ferguson is also said to be mulling over a ‘big money’ bid for Daniele De Rossi, currently of Roma.

Arsenal have finally named their price for Cesc Fabregas, by telling Barcelona that they will not accept a penny under £80 million for their Spanish captain.

The agent of Fernando Torres, Jose Antonio Peton, has said that his client fully intends of ‘continuing’ with Liverpool next season.

Aston Villa are planning a double raid on Tottenham for Jermaine Jenas and Robbie Keane.

Martin O’Neill’s side will also make a £10 million bid for West Ham midfielder Scott Parker, with the Hammers planning to fill the void left by Parker with the purchase of £6-million-rated Spurs midfielder Jamie O’Hara.

Manchester City outcast Stephen Ireland has made a verbal request to leave the club.

Blackburn are planning to sell Vince Grella to Galatasaray to generate cash to fund a move for Real Madrid veteran Guti.

Birmingham are in talks with Valencia over their giant 6’7” striker Nikola Zigic.

Ipswich seem to think they can prise £3-million-rated striker Michael Chopra from Cardiff.