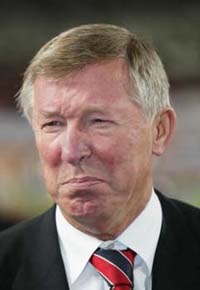 After Inter Milan scored three times in 17 minutes during yesterdayâ€™s friendly against Man Utd, Fergie pointed his hairdryer in the direction of the defence.
Itâ€™s the one area that United have chosen not to strengthen during a summer of spectacular spending. But, now that United have returned to their gung-ho philosophy of scoring one more than the opposition, is there going to be more pressure on the back line that boasted the leagueâ€™s second best defensive record last season?
Or will the arrival of a true midfield holding player in Owen Hargreaves provide the shield thatâ€™s needed to protect the back four?