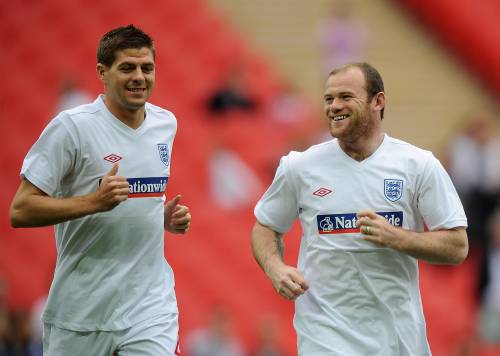 Rumour No. 1: After frittering away bajillions on players last season (0ne of which they are already trying to flog  – see below), it is being rumoured that Real Madrid are willing to break the bank once again this summer in order to bring England pair Wayne Rooney and Steven Gerrard to the Bernabeu.

Real president Florentino Perez will attempt to capitalise on Manchester United’s current financial plight by offering a staggering £110 million for striker Rooney, whilst Gerrard will be available for a modest £30 million – although the Liverpool captain is Jose Mourinho‘s priority signing. 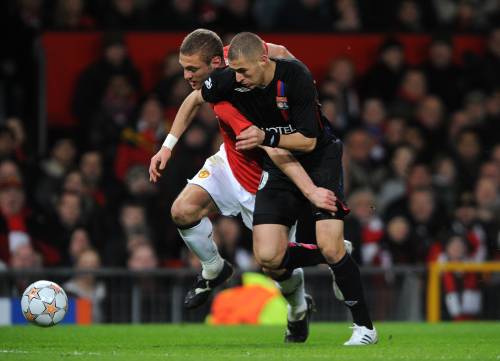 Rumour No. 2: Another Manchester United player on Real’s insatiable radar is Serbian defender Nemanja Vidic, and Los Blancos hope to land their man by offering misfit striker Karim Benzema as a makeweight in any prospective deal.

The Best of the Rest: Manchester United’s Zoran Tosic has completed his £8 million move to CSKA Moscow, after accomplishing the sum total of nothing much at Old Trafford.

Real Madrid defender Sergio Ramos has refused to rule out a summer move to Chelsea.

City are also waiting in the wings to swoop for Barcelona’s Brazilian right-back Dani Alves, after learning that the 27-year-old has rejected the Catalan club’s latest contract offer.

Arsenal target Mesut Ozil has insisted that he won’t be distracted by speculation over his future, and that he will be focusing solely on his World Cup duties with Germany.

Lorient defender Laurent Koscielny has pleaded with his club to accept Arsenal’s £8.3 million bid for him.

Spurs have confirmed that they intend to loan young duo Kyle Walker and Danny Rose to Portsmouth as soon as the Championship side’s transfer embargo is lifted.

Bolton manager Owen Coyle has said that he won’t stand in Gary Cahill‘s way should Arsenal make a bid that is ‘too good to turn down’ for the highly-rated centre-back.