Good to be back. Here’s the round-up… 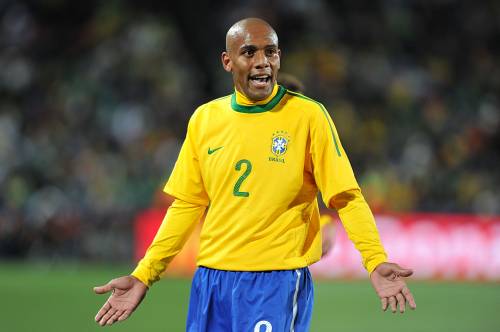 Rumour No. 1: Manchester City target Maicon is on the verge of joining former manager Jose Mourinho at Real Madrid, after agreeing a £25 million deal ‘in principle’ with the Spanish giants.

It is though the Inter Milan right-back, who is currently on World Cup duty with Brazil, will complete his move to the Bernabeu as soon as he returns home from South Africa. 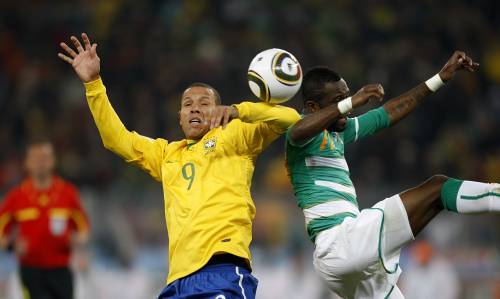 Rumour No. 2: ‘Handy’ Sevilla striker Luis Fabiano has spoken of his admiration for Manchester United, and admitted that the prospect of partnering Wayne Rooney up-front at Old Trafford next season may prove to enticing to turn down – should an approach be made;

I’ve made it clear I will not be signing a new contract with Seville. At 29, I now need to join a club where I can start challenging for the highest honours. The choice will come down to Manchester United or AC Milan.”

The Best of the Rest: Manchester City have returned with a fresh £18 million bid for Lazio’s Serbian right-back Aleksandar Kolarov.

Inter Milan have refused to meet Liverpool’s £30 million valuation of Javier Mascherano, after seeing a €20 million offer rejected for the Argentinian holding man.

Everton manager David Moyes is desperate re-sign US star Landon Donovan on a permanent deal, after the L.A Galaxy winger’s impressive displays at the World Cup.

West Ham have cooled their interest in Juan Roman Riquelme as the Boca Junior’s midfielder is demanding over £50,000-a-week in wages.

West Brom are in talks with Sunderland’s reserve ‘keeper Marton Fulop over a move to the Hawthorns, although the Baggies may face competition for the Hungarian stopper from both Anderlecht and Olympiakos.

Hull City have given midfielder Jimmy Bullard permission to talk to Celtic over a possible twelve-month loan deal.