On a morning from a Bogart movie. Here’s the round-up… 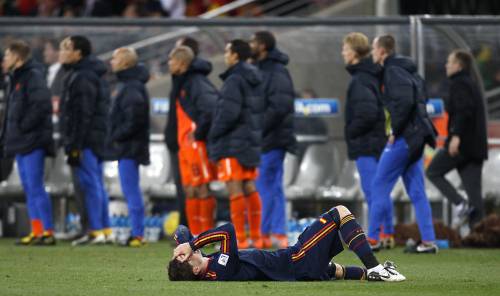 Rumour No. 1: The groin strain that Fernando Torres suffered in the World Cup final may keep him sidelined for up to two months, and will therefore jeopardise any potential plans the Spanish striker had to leave Liverpool this summer.

Chelsea are known to be tracking Torres’ situation at Anfield, but it would take a formal transfer request from the 26-year-old before Liverpool finally began to entertain thoughts of selling their most highly-prized asset. 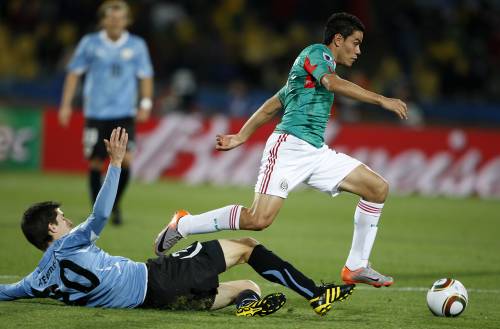 Rumour No. 2: West Ham are on the verge of wrapping up the £4 million signing of Mexican winger Pablo Barrera from UNAM Pumas.

The 23-year-old, who made some impressive cameo appearances whilst on World Cup duty with El Tri, is expected to fly into London today to put the finishing touches on a two-year deal at Upton Park.

The Best of the Rest: West Ham are also thought to be within striking distance of completing a £12 million move for Nice forward Loic Remy.

Bosnian striker Edin Dzeko is still hopeful that Wolfsburg will drop their £50 million valuation of him, so he can finally join Manchester City this summer.

Real Madrid have dropped their interest in Steven Gerrard as the club’s board have decided that the 30-year-old Liverpool skipper is ‘too old’.

Liverpool have blocked David N’Gog‘s loan move to West Brom as they are unsure as to whether they will be able to find a replacement during the remainder of the transfer window.

One player who is on his way out of Anfield is 23-year-old Moroccan forward Nabil El Zhar, who will leave in search of first-team football.

Blackpool are lining up a move for Borussia Monchengladbach’s American midfielder Michael Bradley.

Newcastle are fighting off interest from Celtic for their ‘keeper Steve Harper as the Bhoys are desperate to find a replacement for Fiorentina-bound Artur Boruc.

Both John Utaka and veteran ‘keeper David James will leave Portsmouth during the next few days.