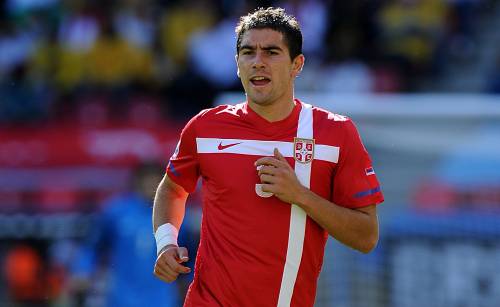 Rumour No. 1: Manchester City have seen their £17 million bid for Lazio left-back Aleksandar Kolarov accepted, and will now begin to discuss personal terms with the 24-year-old Serbian international.

Should Kolarov complete a move to Eastlands, he will become coach Roberto Mancini’s fourth signing of a busy summer, taking City’s close season spending so far to £75 million, following the arrivals of David Silva (£24 million) from Valencia, Yaya Toure (£24 million) from Barcelona and Jerome Boateng (£10 million) from Hamburg. 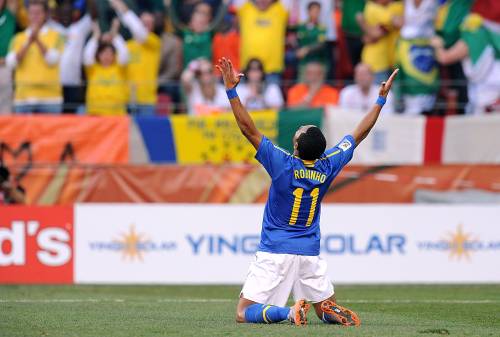 Rumour No. 2: The billionaire owner of Ukrainian giants Shakhtar Donetsk Rinat Akhmetov has confirmed that he is interested in adding Manchester City’s winger Robinho to his ranks, as he attempts to build a side competitive enough for next season’s Champions League.

Akhmetov has put aside £20 million for the acquisition of the Brazilian international, and has also earmarked funds to be used in the pursuit of Ajax striker Luis Suarez and Benfica striker Oscar Cardozo.

The Best of the Rest: Manchester United defender Nemanja Vidic is the subject of ‘serious interest’ from Real Madrid.

AC Milan are hawking misfiring striker Klaas-Jan Huntelaar around the Premier League as they attempt to raise the necessary cash to fund a move for Wolfsburg’s £45-million-rated striker Edin Dzeko.

Arsenal and Tottenham are locked in a bidding war for Ipswich’s highly-rated young striker Connor Wickham.

Aston Villa are weighing up an £8 million bid for Dinamo Zagreb’s Croatian striker Mario Mandzukic, after the 23-year-old impressed scouts during a recent Champions League qualifier.

Villa have also been told that they will have to pay €8 million for Sporting Lisbon striker Yannick Djalo, after seeing a €6 million bid rejected.

Birmingham City will turn to AZ Almaar’s Belgian striker Mouassa Dembele in a bid to bolster their front-line.

West Ham are hoping to complete the £1 million signing of Lyon’s Frederic Piquionne later today. The French striker will join the Hammers on a three-year, £40,000-a-week deal.