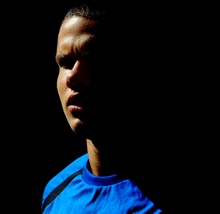 As Swap Shop deals go, £10m plus Michael Carrick doesn’t sound like too bad an offering – but when the prize is Jack Rodwell, forget about it.

The 19-year-old midfielder is the most gifted and mature English player under the age of 21, and United will surely have to offer much more than the Sun’s reported deal if David Moyes is to let another prodigy leave Goodison for Old Trafford.