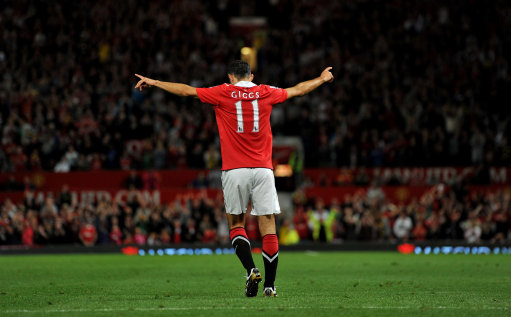 Giggs continues to play a pivotal role in the United midfield, but the 36-year-old veteran (who has already taken his UEFA coaching badges) has admitted that the prospect of taking charge of his country certainly appeals to him, telling the Daily Telegraph;

“If you go into management, the big job is to be in charge of your country. And I’m no different in terms of thinking like that. At the moment it is difficult, because I still have commitments as a player.

“But I always use the Sparky [Mark Hughes] situation. One minute he is playing for Wales and in the Premier League with Blackburn, then the next thing you know, he is managing his country. Sparky never really planned for that.”

Former Wales striker and awesomely brave cancer survivor John Hartson has also thrown his hat into the ring (a straw fedora with a peacock’s feather in the brim if you’re interested), insisting to talkSPORT that it would be the ‘job of a lifetime’ for him;

“I’d love the job. I am a proud Welshman, I’ve worked with the best, I’ve done all my badges. I don’t think they will be thinking of me and I’m very busy at the minute in the media talking a good game but there’s nobody that will be more committed and more Welsh than I am.

If it was offered to me then I would seriously, seriously think about it because there’s nobody that’s a bigger, prouder Welshman than myself. It’s the job of a lifetime – you’d be a fool to turn the national manager’s job down.

The only way you get experience in management is by going into a job, of course I’d be a candidate for the job, but it depends on how seriously they take me.”

Current manager John Toshack has intimated that he intends to step down from his post after a six-year spell in charge of the national side, but has vowed to remain in place until his successor is named.